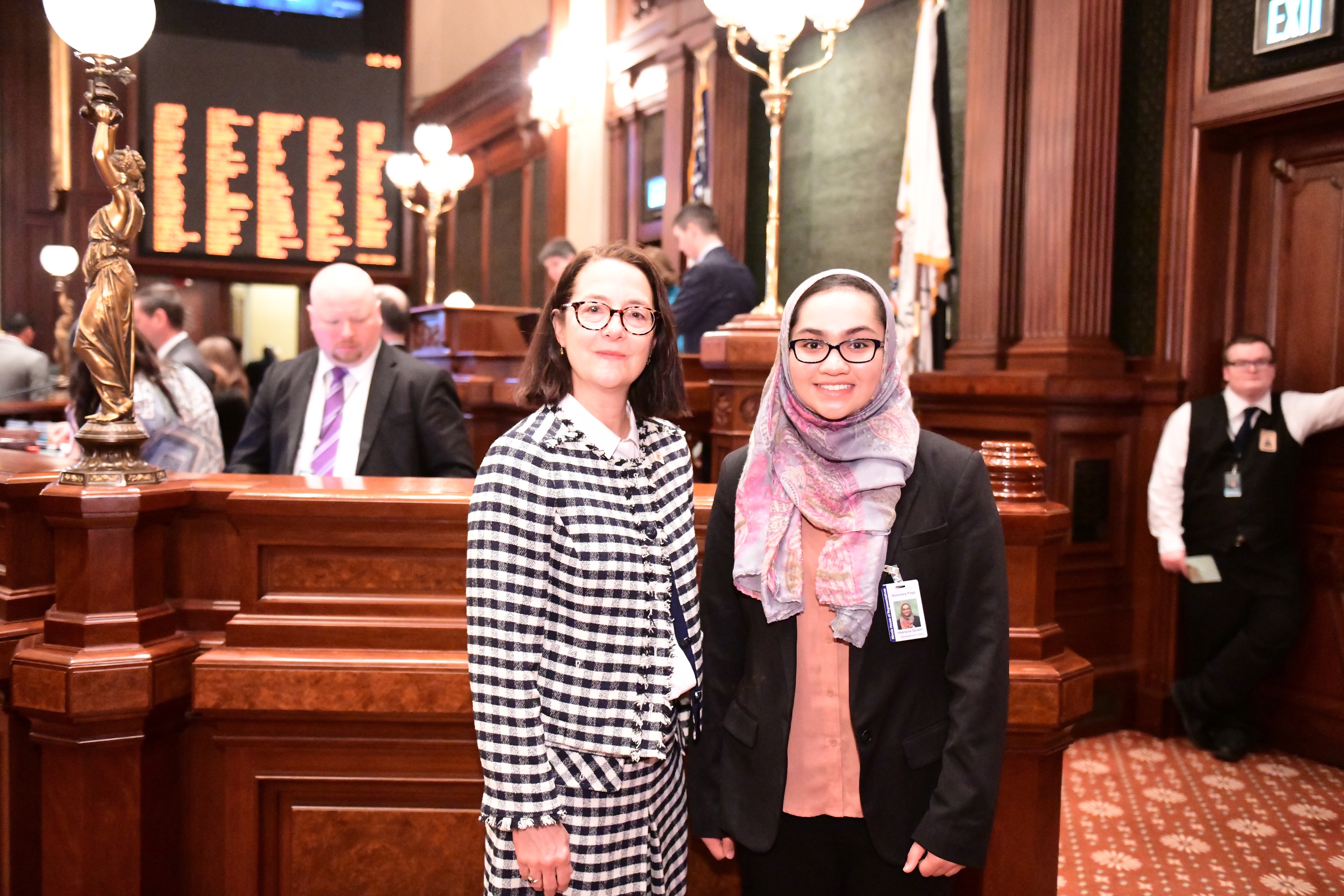 Springfield – The Illinois House Republicans have filed House Resolution 153 stating their united opposition to Governor Pritzker’s plan to raise taxes on working families and small businesses through the implementation of a graduated income tax – an “Unfair Tax.” State Representative Amy Grant (R-Wheaton) joined the other 43 House Republicans in co-sponsoring the resolution.

“The special interests in Springfield are pushing a progressive income tax on working families,” Grant said. “Illinois has had tax hikes and mounting economic pressures, and Illinois is still slow to recover from the Great Recession.  If Illinois decides to pass a progressive income tax to fund state government while our surrounding states avoid such high overall taxes, then Illinois will continue to lag in major economic sectors.”

In his Budget Address last week, Governor Pritzker called for the passage of a progressive income tax, but the new Governor has been silent on details on the rates, and what income thresholds would be affected. His refusal to release proposed tax rates and income levels has many Republicans wondering just how far into the middle class his new tax hike will go.

“Residents of DuPage County are concerned that this tax is a trick,” Grant said. “Illinois needs to increase investments in health and education through growing the economy. Instead, it seems Democrats are supporting measures like the Pritzker progressive tax, or the previous General Assembly’s progressive income tax bill, House Bill 3522. The non-partisan Commission on Government Forecasting and Accountability revealed that 77% of Illinois taxpayers would have seen an increase in their income tax bill under that plan.”

Grant continued, “Governor Pritzker made it clear in his budget address that the implementation of a graduate income tax is a priority, and I think his plan would ultimately increase tax rates significantly for Illinois families. Illinois cannot afford any more hits to the state’s economy, but it appears that bad economic policies will continue under this administration.  I stand with the hard-working families of the 42st District in strong opposition to JB Pritzker’s and Illinois Democrats’ unfair tax.”