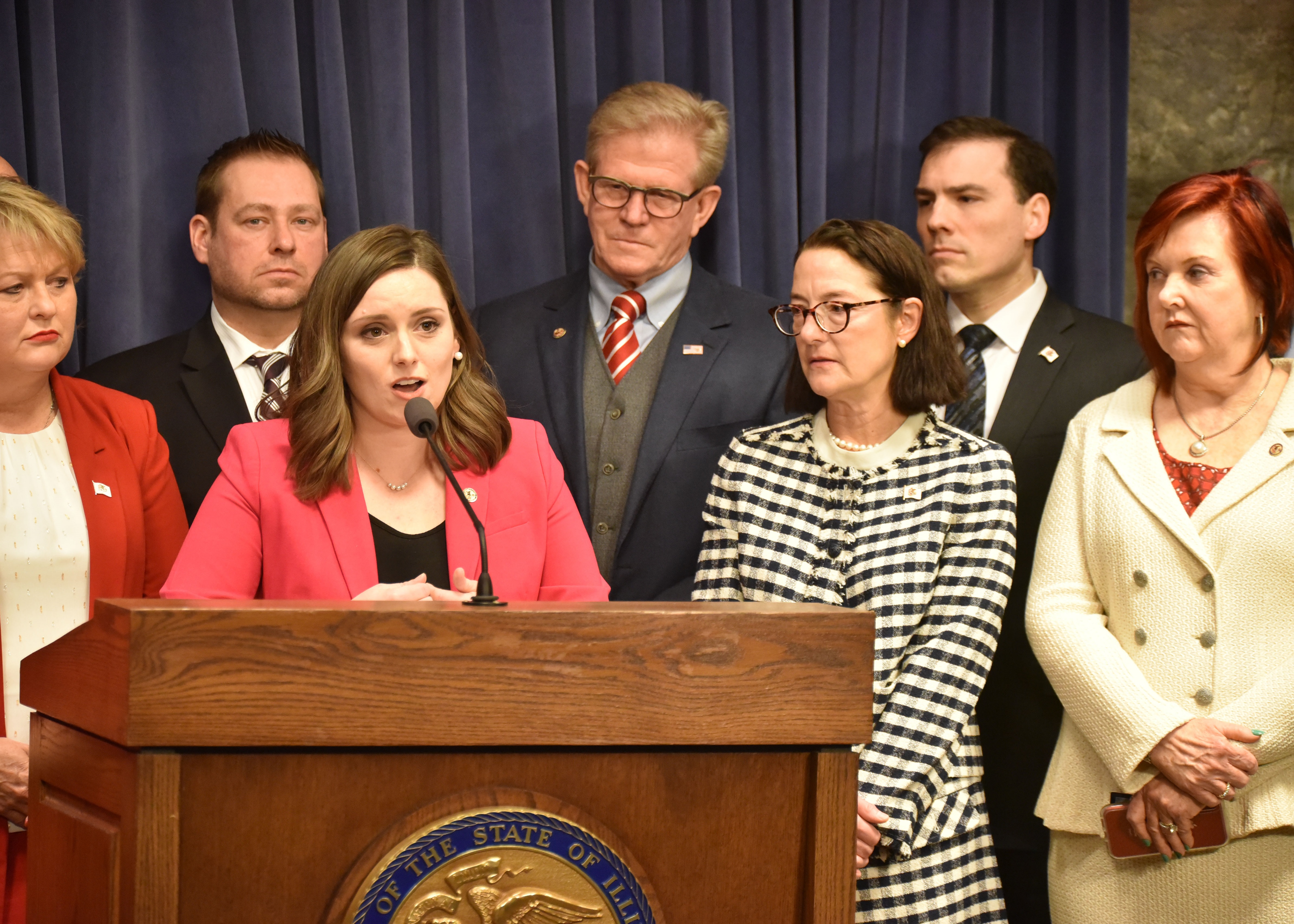 News from the Office of State Representative Amy Grant

“Families throughout the state are scrambling for the exit, and I am urging our chamber to ‘Keep Illinois Flat’ and reject the graduated income tax. It is bad for Illinois, it’s bad for all taxpayers. It is bad for the middle class.  The blank check is dangerous because the flat rate is the only counter that taxpayers have left to protect their wallets,” said Grant.

According to Grant, residents who attended recent town hall meetings said Illinois’ wealthiest people are already paying their fair share in income taxes because the flat rate is applied to higher earnings.  Grant added, “The Democrats refuse to include protections for middle class wage earners and it’s only a matter of time until tax rates increase for them.”