Rep. Grant Co-Sponsors Law that Stiffens Penalties for Distracted Drivers Who Cause Accidents with Injuries 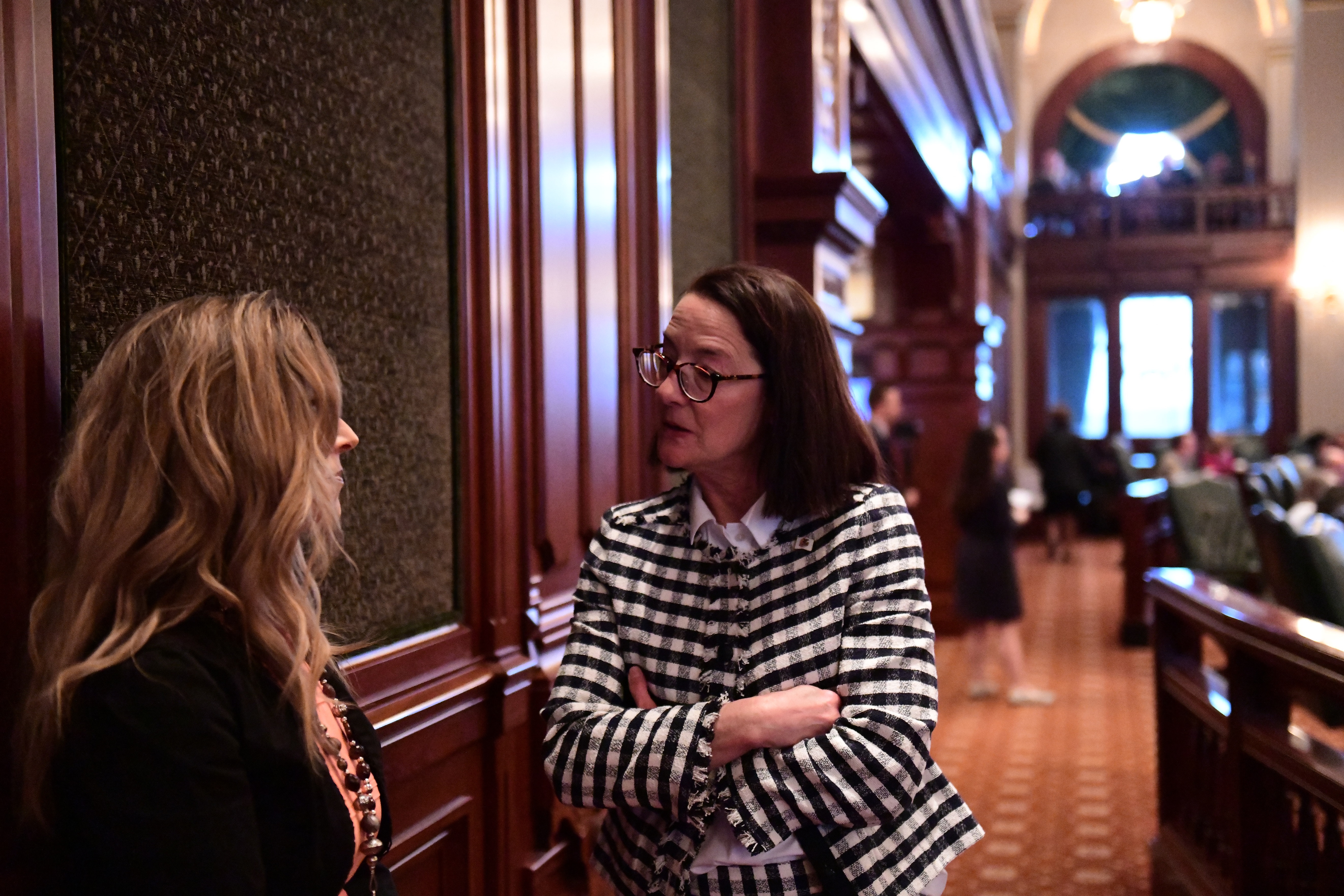 WHEATON – The statistics are startling, yet largely ignored by drivers. Every year distracted driving, often times involving use of a cell phone, leads to approximately 1.6 million crashes, with injuries affecting almost 400,000 people. State Representative Amy Grant (R-Wheaton) addressed the issue by championing legislation this year that adds hefty fines for those who cause an accident with injuries when texting while driving.

Governor Pritzker recently signed HB2386 into law, and its provisions took effect immediately.  Under Public Act 101-0090, drivers will have their license suspended for one year and pay a fine of $1,000 if they use electronic devices and cause an accident resulting in great bodily harm. The former penalty was a $75 ticket.

“Texting while driven is dangerous,” said Grant. “It is estimated that sending or reading a text takes a driver’s eyes off the road for five seconds. When driving the speed limit, that’s like driving the length of an entire football field with your eyes closed.”

Grant continued, “I encourage parents to lead by example by never driving distracted, and I would also encourage them to talk with their young drivers about the dangers associated with distracted driving.”

The new law does not apply to a law enforcement officer or operator of an emergency vehicle performing official duties, or drivers using an electronic device to report an emergency. Additionally, a driver using a phone in hands-free mode, which can include the use of a headset or headphones, is exempt under the law.

“I was proud to co-sponsor this important public safety bill, and I applaud my colleague Norine Hammond for bringing it forward,” added Grant. “Since the statistics are not causing all drivers to put their phones away, I am hoping that steep fines and the suspension of their driver’s license will make drivers think twice about using their cell phone while driving.”