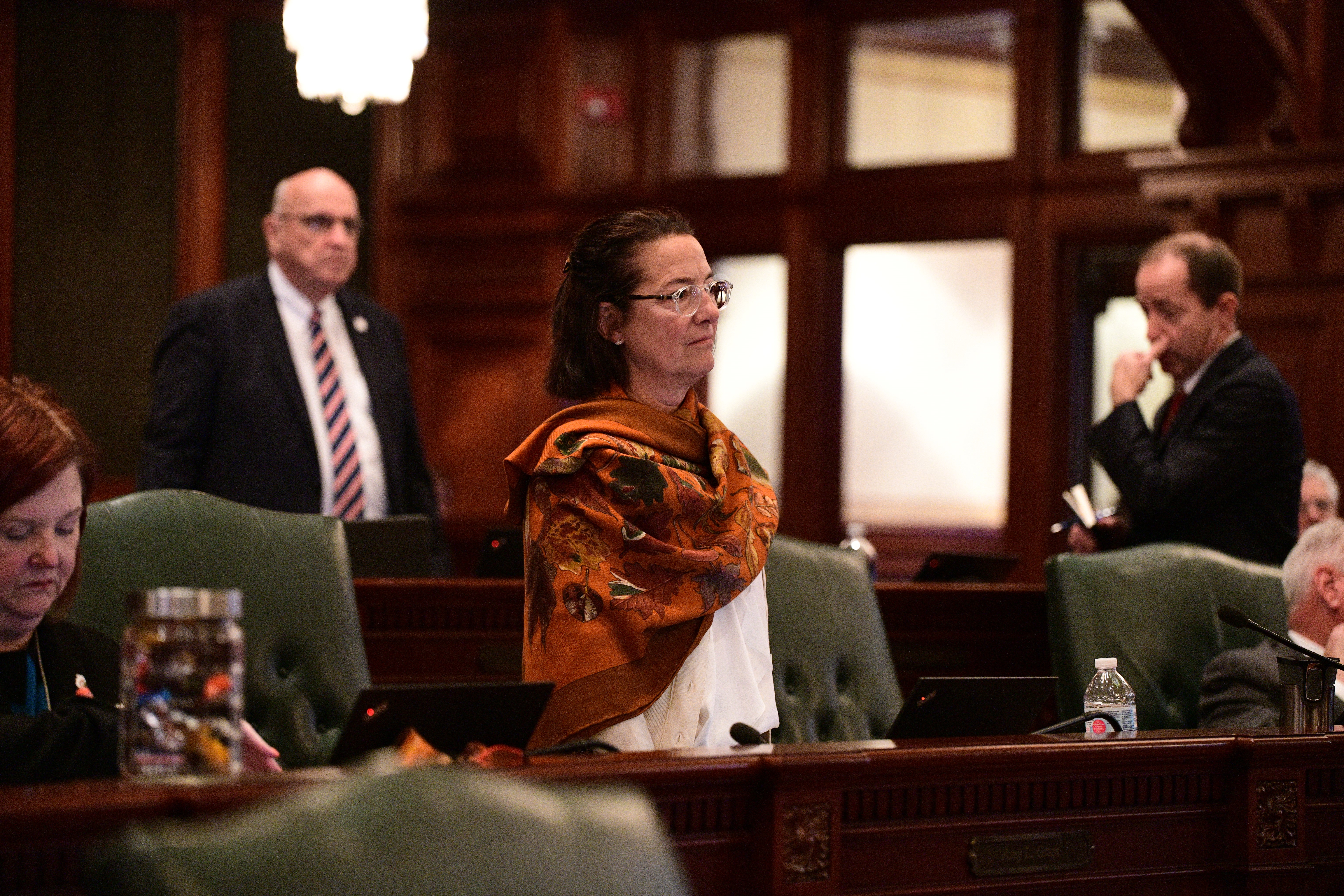 SPRINGFIELD -Yesterday, State Representative Amy Grant (R-Wheaton) joined with House colleagues Tony McCombie (R-Savanna) and Blaine Wilhour (R-Beecher City) to file a petition under House Rule 91 to invoke a Special Investigating Committee of State Representative Luis Arroyo (D-Chicago). Springfield had been rocked by news of federal bribery charges filed against Arroyo earlier in the day. Invoking House Rule 91 is the first step in the process for House members to remove a sitting member from office.

“Corruption and bribery has no place in state government, yet Illinois has become the punchline of a bad joke,” said Grant. “However, the allegations levelled against Rep. Arroyo are no laughing matter. This is why I submitted a petition with House Republicans to petition for an official investigating committee.

“Regardless of the outcome of the investigation concerning Rep. Arroyo, the General Assembly must examine and revise our ethics laws to stop this pervasive behavior in Springfield.”

The Petition was called for earlier in the day by Republican Leader Jim Durkin unless Arroyo resigned his office before the end of the day. When that resignation did not occur, Grant initiated the petition to appoint a six member bipartisan Special Investigating Committee toward reprimanding Arroyo.

Cited as background for filing the Petition was Arroyo’s arrest on October 25, 2019 on a federal bribery charge following an investigation by the Federal Bureau of Investigations (FBI).  According to the charge, Arroyo allegedly offered a $2,500 bribe to a current sitting State Senator in return for support of sweepstakes legislation. There was an expectation that this payment would be the first in a series of payments to the Senator in exchange for his vote. The Senator, who worked as a cooperating witness for the FBI is also expected to be charged with filing false income tax returns and apparently wore a wire on behalf of the FBI in exchange for consideration on his own federal charges.

This all comes at a time when ongoing public corruption investigations are entangling multiple layers of Illinois government and state house insiders, including political hiring allegations against utility giant Common Wealth Edison.

“Our government was created to be a citizen’s legislature,” added Grant. “The lack of effective oversight has allowed perpetual poor behavior and a system that is too easy to abuse. Enough is enough.”