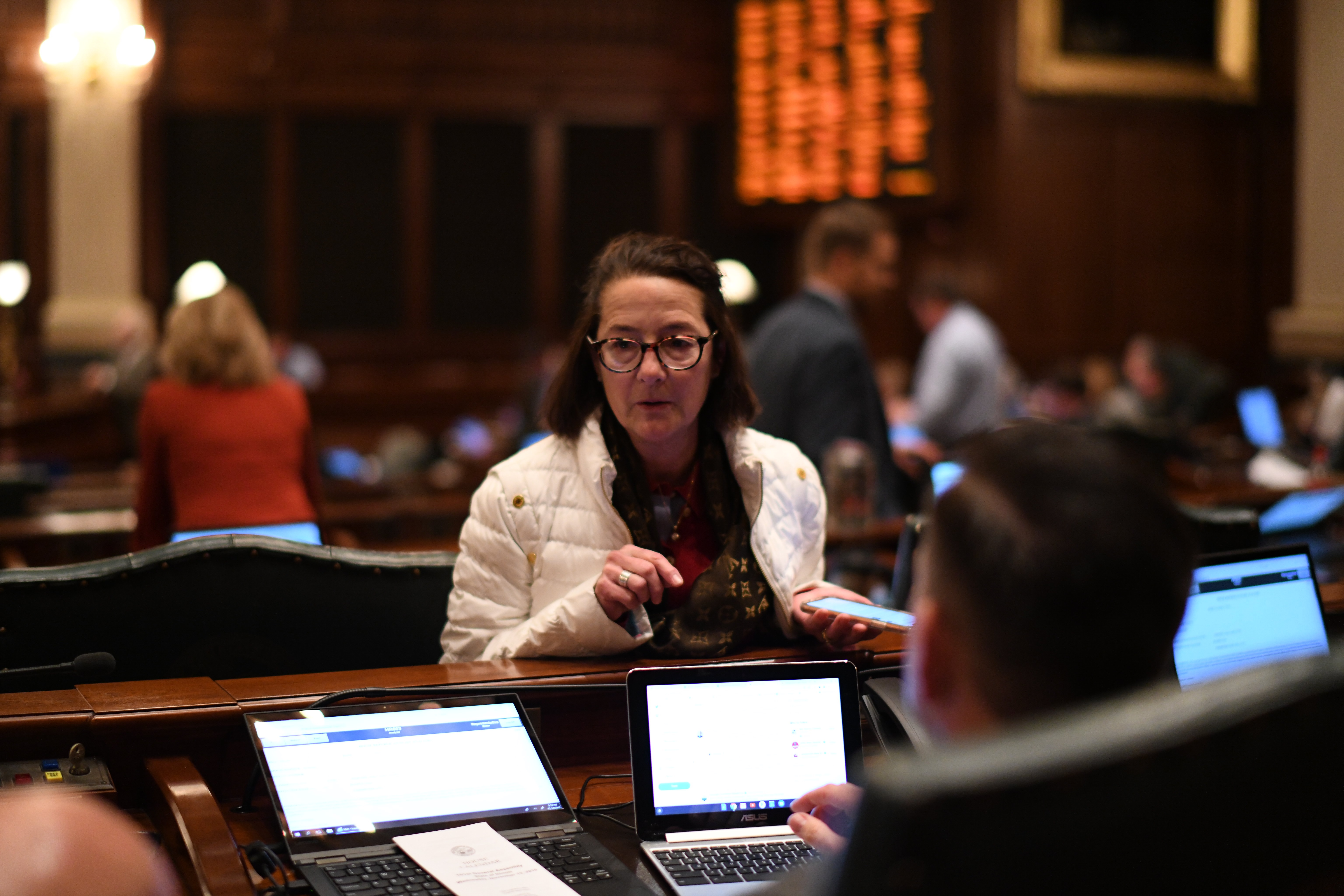 SPRINGFIELD – Late last night, Democrat leaders in the Illinois House filed two pieces of legislation in a last-ditch appearance to reform Illinois’ broken ethics laws. While State Representative Amy Grant (R-Wheaton) begrudgingly supported House Joint Resolution 93 and Senate Bill 1639, she derided the weakness of the measures and the failure of the House to even hold a hearing for any of the nine more comprehensive proposals offered by her and her Republican colleagues.

“I begrudgingly supported today’s ethics legislation because something had to be done,” said Grant. “However, I seriously question the willingness of majority party leaders to enact comprehensive and meaningful reform in the spring.”

“As we’ve seen many times in the past, Democrats filed their legislation in the middle of the night with barely any time for review or discussion before being called for a vote. Why were none of the several bills filed last spring or any of the nine bills offered by Republicans over the past three weeks even allowed a hearing? Many of those bills even had several bipartisan sponsors. If we couldn’t have a reasonable public hearing on alternatives any point over the veto session, it doesn’t inspire hope for it in the spring and it greatly concerns me.”

As Grant referenced, neither piece of Democrat legislation was filed and vetted under standard House posting requirements. House Joint Resolution 93, which creates the Joint Commission on Ethics and Lobbying Reform, creates a commission of sixteen members to deliver a final report by March 31, 2020. However, it skews membership heavily in favor of Democrats, with only six commission spots being guaranteed for Republicans. The March 31 deadline also conveniently falls after the 2020 primary election.

Likewise, Senate Bill 1639 falls short with a weak and meager change to state lobbyist disclosure requirements, as well as failing entirely to address the problem of a sitting General Assembly member being able to lobby a local government.

As Grant stated, she ultimately voted yes on the legislation for a lack of other options, but insisted this cannot be the end of the discussion.