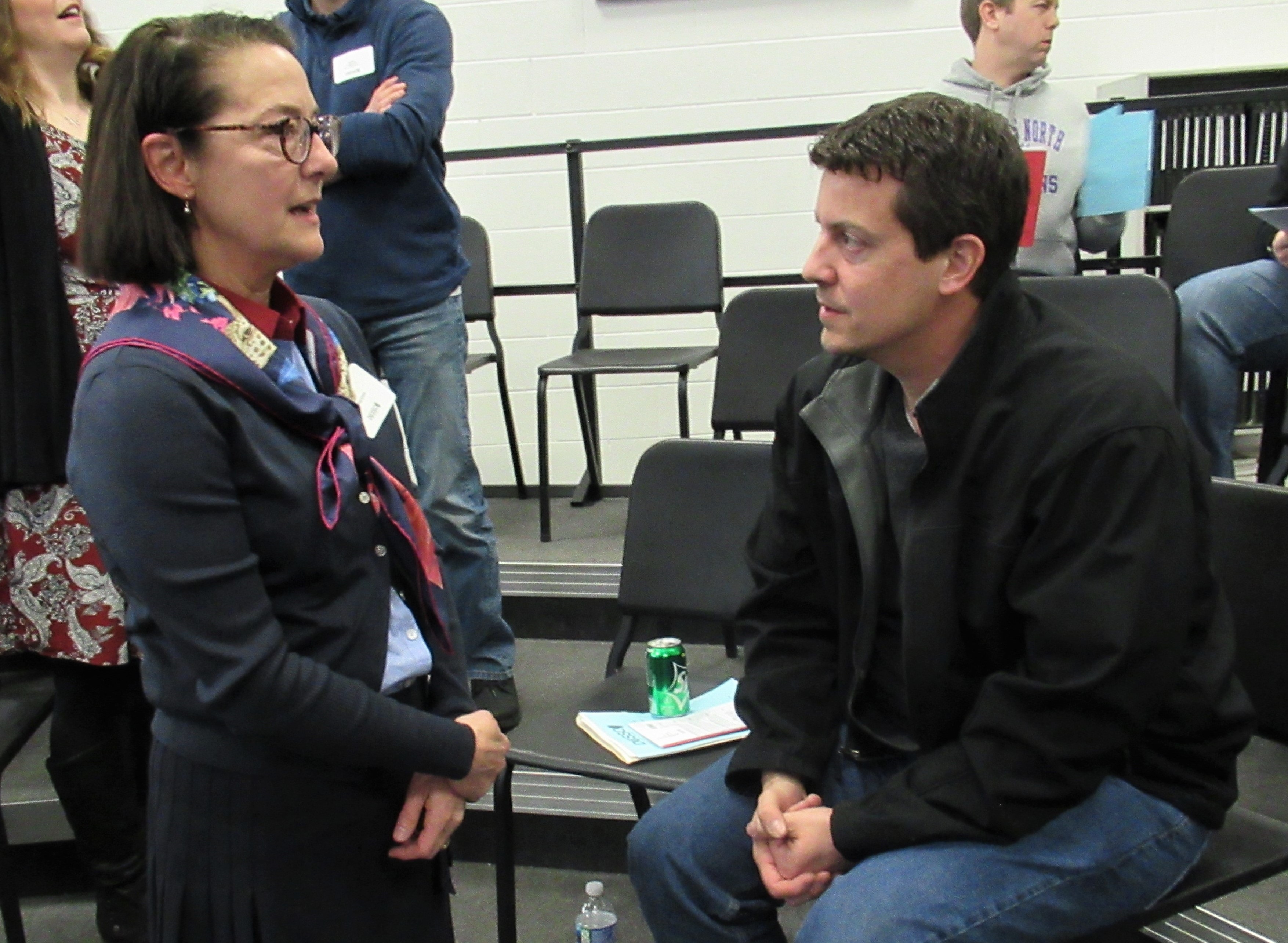 Dozens of suburban social studies teachers got a snapshot of state politics this past week thanks to a panel of four freshman female Illinois legislators.

“You never know what’s going to happen when that door opens, but you do it. Your heart is in it,” Grant said about visiting homes in her district. “You have to believe this is a job you were navigated into. It isn’t a coincidence. You have to have a sense of humor and thick skin.”

The legislators’ session was one of several being held at the conference, which started 30 years ago with just four schools and now involves educators from numerous schools throughout DuPage County and beyond, said organizer Lisa Willuweit, who teaches in West Chicago. Roughly 900 teachers attended various sessions including the New Deal, teaching the 2020 election, restorative justice and economics, led by experts in those areas. “We have a variety, so no matter what they teach, they can bring something back to their classroom,” Willuweit said.

Grant and Mazzochi were honored to be able to share their unique perspectives as freshman female lawmakers in state government. They are two of just seven females on the Republican side of the aisle in the Illinois House, where the Democrat majority has prevented several bills from being considered.

“Needed reforms have been repeatedly quashed by House Majority Leader Mike Madigan,” Mazzochi said. “The diversity of our Caucus, which includes representatives from Cook County, the suburbs and downstate, makes us keenly aware of how resentful the rest of the state is of failed Chicago policies and politics. We need an Illinois that works for everybody.”

The women shared that they take their responsibility seriously, spending countless hours meeting with constituents in their district, talking with other stakeholders and reviewing proposed legislation in between attending committee and caucus meetings and General Assembly sessions in the House. “It’s important for me to get as much information as I can on every bill,” Mazzochi said. “You are responsible for every door you knock on. It’s an awesome responsibility.”

Being informed is no easy task, the women noted. “We don’t know what bill is going to get called on any given day out of the 6,000 that get filed,” Mazzochi said. “I vote against a lot of legislation if I don’t get enough time to properly vet a bill-how it will affect people and how it’s going to work in practice.”

So the women lean on experts, including classroom teachers objecting unfunded education mandates, and fellow lawmakers who may have expertise in the areas involved in bills where they don’t have personal knowledge. They both also work with counterparts on the other side of the aisle, noting bipartisan efforts are more common than they appear.

But politics do come up, hampering even bipartisan supported efforts.

Grant noted she recently sought to support a colleague’s measure that would prevent foster children from being placed in soft shackles unnecessarily when they are transported, but the legislation didn’t get called for a vote. “The only explanation from the committee chairwoman was: ‘It’s not the right time.’ That upset me-that politics obviously were at play and politics took priority over what’s best for people, what was best for children,” Grant said.