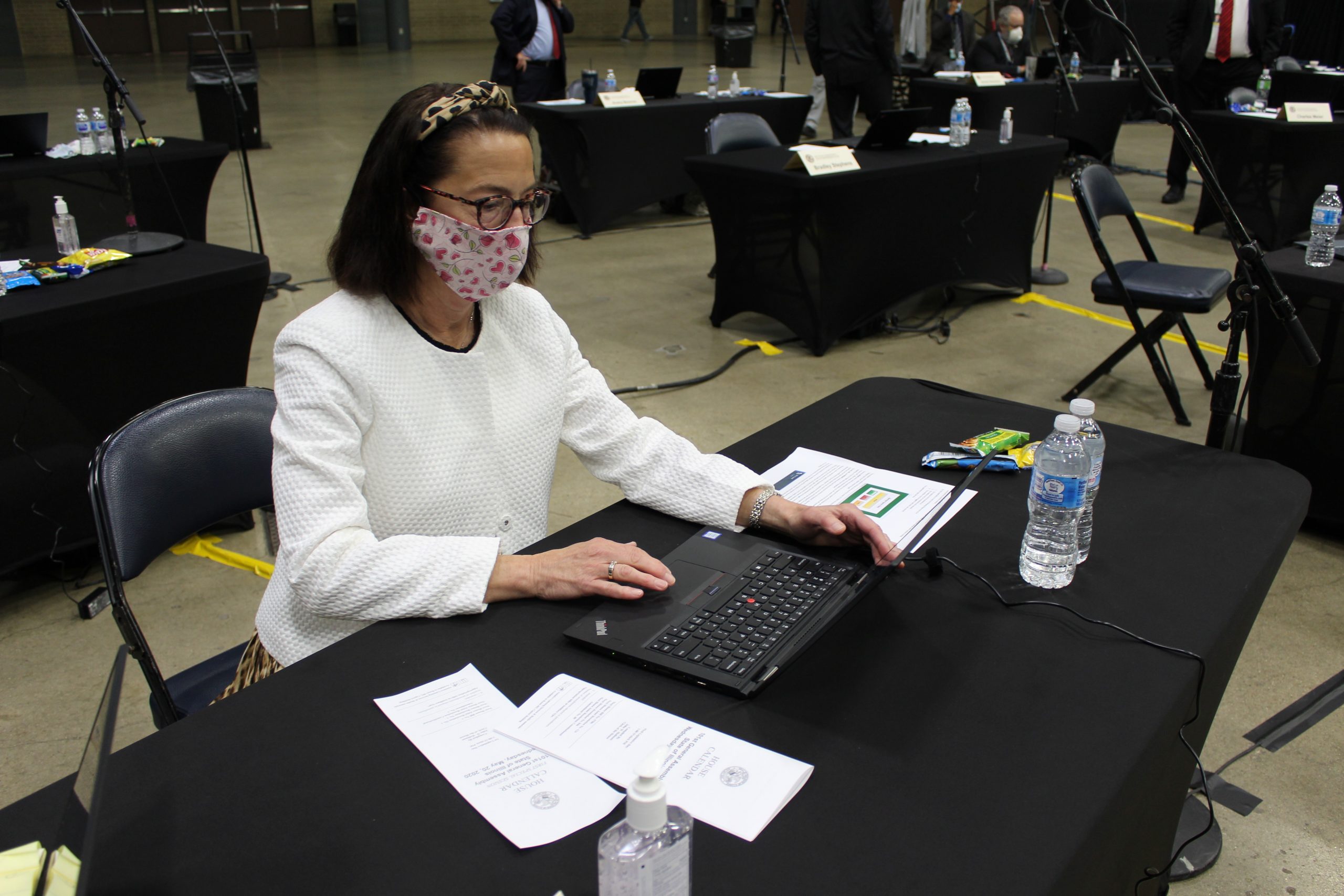 Yesterday the Illinois House of Representatives convened at the Bank of Springfield Center in downtown Springfield to resume the 2020 spring legislative session that was paused for nearly 11 weeks by the COVID-19 pandemic.

The day began with a press conference by House Republicans calling for a legislative vote on the Governor’s Reopen Illinois plan. Members expressed their concern with the lack of local input in the Governor’s initiative and lack of legislative involvement in major policy decisions affecting their constituents.

Shortly after the historic session began at the Bank of Springfield Center, the Pritzker administration withdrew its Emergency Rule that would have imposed a Class A Misdemeanor on owners of small businesses who were out of compliance with the Governor’s stay home order. The controversial provision had evoked considerable public outcry and pushback by House Republicans and by Illinois residents who felt the Governor had overstepped his authority. My office alone received thousands of emails and hundreds of phone calls, and the House Republican Co-Chair of the Joint Committee on Administrative Rules (JCAR), which was set to take action on the controversial rule yesterday morning, received more than 7,000 emails. It was without a doubt the biggest public outcry against any single issue that I’ve seen during my tenure in the General Assembly.

Later in the day, at his 2:30 press conference, the Governor announced a softening of some provisions of his Restore Illinois Plan. As the entire state moves to Phase 3 on May 29, Pritzker said he will now allow limited outdoor seating at restaurants, the full opening of state parks, and the opening of gyms for personal training among other openings. Click here to read more about Phase 3.

This morning the House Executive Committee meets at 10:00 AM to discuss, among other things, the Fiscal Year 2021 budget, and at 1:00 PM the House is scheduled to reconvene to conduct additional business.