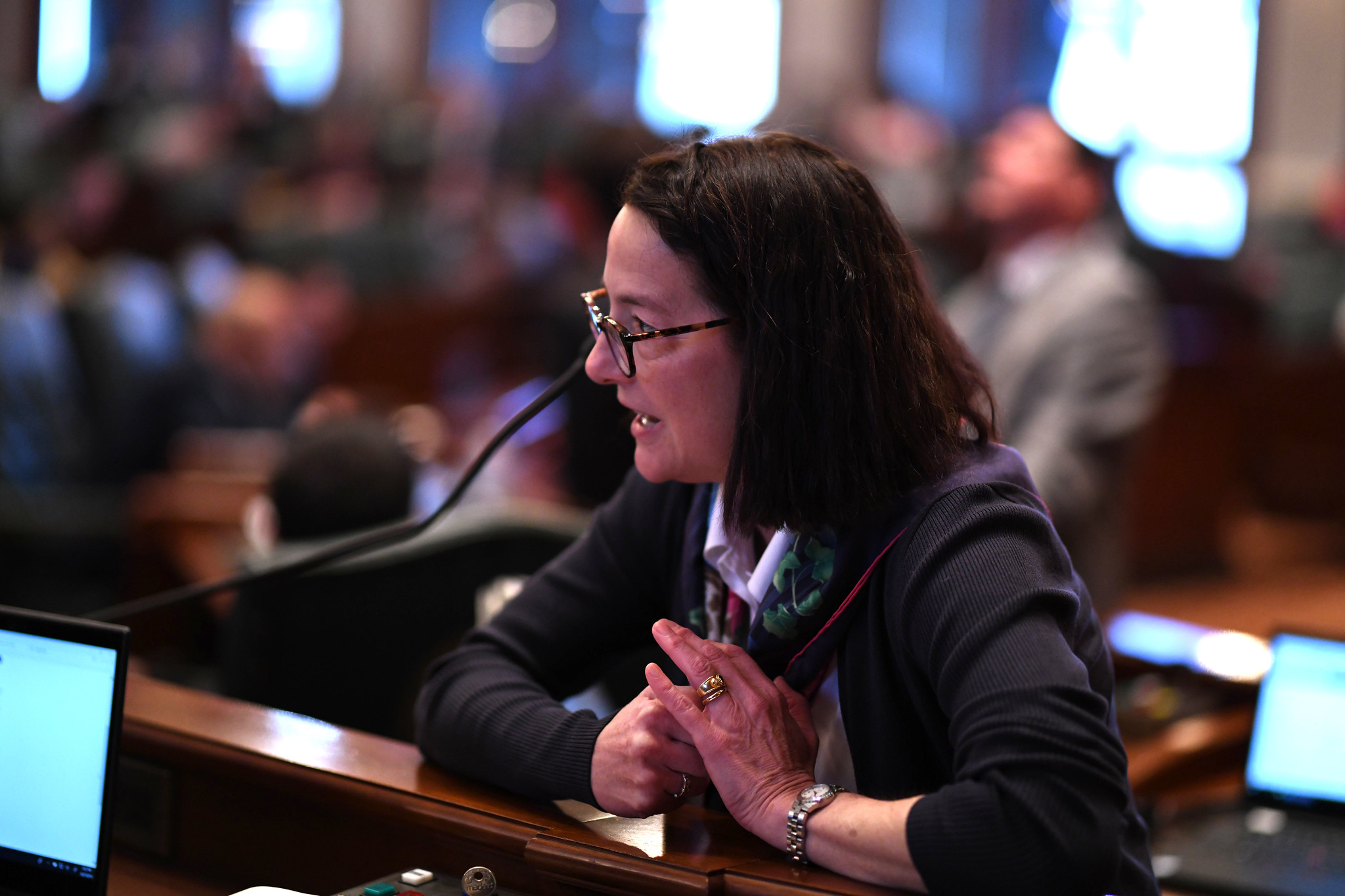 During the legislative debate involving Democrats’ bill to lower vote by mail requirements, State Representative Deanne Mazzochi (R-Elmhurst) urged Democrats to instead adopt standards from her bill, HB 2513, which obligates county clerks to take the deceased off the voter rolls. House Democrats ignored that request; and now, fears of voter fraud have come to fruition.  This week DuPage County State’s Attorney Bob Berlin announced that his office has been notified of at least nine different instances of voter fraud stemming from vote by mail ballot requests from the dead.

“House Democrats used COVID as an excuse to lower vote by mail standards, and wouldn’t enact critical steps to prevent voter fraud.  It is bad enough that they ignored many House Republican recommendations to preserve the integrity of this fall’s election.  But it is utterly embarrassing that they wouldn’t agree to ensure our voter rolls are clean enough to keep the dead off the rolls,” said Mazzochi. “Our concerns have now been justified:  DuPage County State’s Attorney Bob Berlin is actively investigating nine different instances involving ballot requests from people who have passed away. This is illegal; forging a name to a ballot is a Class 3 Felony in Illinois.  These are just the first ones who were caught; how many more will fall through the cracks?”

Governor Pritzker signed the Democrats’ vote by mail legislation (SB 1863) into law this spring as Public Act 101-0642.  It cost millions to mail ballot applications to an estimated five million voters, and for the Secretary of State’s Office to mail multiple follow-up reminders to those who had not returned their application. The law is silent on safety measures to protect against ballot tampering or voter fraud, and includes no safeguards to prevent vote by mail ballot harvesting by bad actors working as political operatives.

State Representative Amy Grant (R-Wheaton), whose 42nd District is located entirely in DuPage County, said the revelation of voter fraud did not come as a surprise. “The vote by mail expansion was fast-tracked through our legislative process, and the majority party excoriated our efforts to improve their bill by adding protective measures,” said Grant. “I appreciate that the DuPage County Clerk’s office has worked with Bob Berlin to share information about the fraudulent applications, and I hope every individual behind these illegal ballot requests faces harsh consequences for undermining the integrity of our voting process.”

State Representative Grant Wehrli (R-Naperville), who serves on the House Executive Committee, participated in the initial vetting of SB 1863, and said Executive Committee Democrats brushed off Republican concerns over ballot integrity. “At the Executive Committee level, we brought forward legitimate concerns and suggestions that would improve the bill. But rather than considering our comments, we were accused of wanting voter suppression,” said Wehrli. “Republicans are not opposed to vote by mail done right, and we want every lawful vote counted.  We support efforts to allow ballot access to every legal voter. But because the majority party insisted on pushing through a badly-worded bill, we now have instances of voter fraud that will cast a shadow of uncertainty over this November’s election.”

While too late to affect the November 2020 ballots, Mazzochi said her legislation should be “taken out of the boneyard of Madigan’s Rules Committee” and passed when the legislature convenes in mid-November for veto session.  Mazzochi reiterated that “this is common-sense legislation.  We shouldn’t undermine elections because of bad record-keeping. County clerks exist to keep quality records, and they must make every effort to ensure their accuracy.  Failing to do so deprives everyone properly on the rolls equal protection rights too.”